Let’s get one thing out of the way, film photography is NOT DEAD

In fact, Kodak still makes plenty of film at their manufacturing plant in Rochester, New York. When I visited a high-end photography store, a friend of mine who worked there confirmed that they still get plenty of orders to develop film from photographers.  But why would anyone move “backwards” and shoot film in a digital world? My wife asked me that very question and there wasn’t a solid answer I could give her since digital had so many pros over cons. I mean, it’s not like I completely abandoned digital to go back to film. In fact, I use both digital and film cameras, for different applications. If I was doing a photo shoot with a client, I’ll use a digital camera that can give me RAW files for post editing. If I was on a hike and wanted to shoot a pic of a mountainside with lush colors and details in high sunlight, I’m most likely going to shoot with film.

Why do some musicians choose to record on analog tape when they can edit, redo, and delete to their heart’s content in the digital domain? For most of us, digital is too perfect. If I was to zoom in and look at a digital photograph, all I’ll see are different color pixels bunched together to form a picture. If you were to look at a photo film under a microscope, you’ll see different color dots, swipes, strokes, all different sizes to form what you see in a photograph. The devil really is in the details. Besides, you can still edit your film photos on your computer in LightRoom or Adobe Photoshop Camera Raw.

When I mention that I started shooting film again, most responses I get are usually, “Isn’t it more expensive to shoot film?” or “But film photographs look, old/retro.” It’s true, all of the above is correct.  But, in my opinion, there are benefits that have been somewhat overlooked or forgotten about with this old medium. Take a look at the Flickr community of film photographers and you’ll see some really beautiful pics!

Let’s cover a few of them.

You’ll master the basics of photography

The good thing about film, is that you’re limited to a certain amount of photos you can take. Unless you’re rich or friends with someone who works at a film factory, you’re going to pick and choose your shots more carefully. You have to really think about each and every photo you’re about to take. After all, you don’t want to waste your money on stuff you wouldn’t want to show anyone in the first place. You’ll also take a little bit longer to get your camera ready in order to take a photo. Most likely, you’ll probably miss that shot while you’re sitting there fiddling with your camera or getting a light reading.  It’s OK. Once you master film photography, you’ll be a wizard once you jump back on your digital camera!

If you’ve got one roll of film in your camera, chances are, you’ll find ways to work with the limitations of shooting one ISO film all the way through and only using your camera’s shutter speed and aperture to get the photos you want. Sure, you can just put your digital camera on one of the automatic settings and just shoot your heart away at anything you see in front of you. But let me share a little story about my experience here.

I remember getting my first digital camera in the 2000s and taking a gang of pics and deleting like 90% of it because my composition was off, or the photo was grainy, etc. Like all noobs, I blamed my camera for those “flaws”. Later, I realized that my camera’s ISO settings, shutter speed, and lens aperture all had a role in it. In fact, these were things that every photographer had to deal with, regardless of the camera they were using. From that day on, I was aware of why photographers use the manual settings on a camera. There were certain things I would want to do, like smooth out the waves and ripples of a water stream on a photograph and realizing that I had to alter the shutter speed. Eventually, you’ll want to get specific types of photos when you shoot. Congrats, you’ve just graduated from your camera’s auto mode. 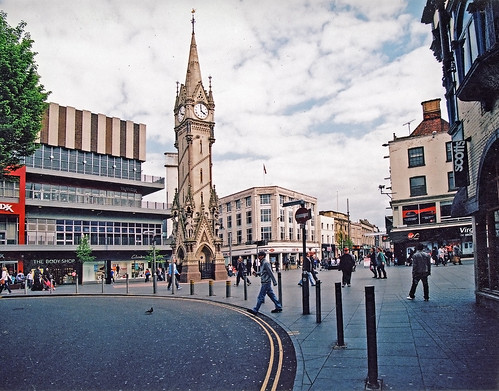 Have you ever shopped for a full-frame (35mm film size) digital camera? You need to have a few thousand bucks just to even get one! Luckily, 35mm film cameras on eBay are pretty cheap nowadays. In fact, maybe your mom or dad is willing to give you their old one!

When buying old cameras, there is usually a nice selection of lenses that are compatible with it. We’re talking decades worth of lenses that were released for a particular lens mount. The best part? Most of those lenses are cheap or relatively affordable as well. I personally love shooting with prime lenses. For me, zoom isn’t all that important to me. Plus, photos taken on a prime lens are usually sharper than a non-prime lens.  I’ll take sharpness over being able to zoom any day!

But what about the cost of film? As of this article, I’m able to pick up Fujifilm ISO 200 film on Amazon for about $2 a roll.  Now do the math, if you spent maybe $5 to get that roll developed at your local photography store, that’s about $7 total, plus the cost of whatever you spent on your second-hand film camera. Now, what’s more expensive? Shooting film or shooting full-frame digital?

You get better details with film

What’s more detailed? A digital photo, or a paint stroke made by a painter’s brush? I hope you picked the latter, because that is absolutely correct. If you see a film photograph that looks like crap, chances are the photographer didn’t know what he/she was doing. If you gave a film camera to a pro photographer to use,  he or she will give you an amazing photograph with it.

The thing about digital cameras is that they get upgraded and more megapixels get added to the camera sensors each year. Basically, you’re forced to think about upgrading each year this happens. The thing about film cameras, they’re built to last forever. The only thing you’ll probably think about upgrading are the lenses, etc. but that’s all optional. Who needs to worry about megapixels when you’ve got film?  Remember, you can still scan your film slides into your computer to edit as you normally would with photos taken on your digital camera. 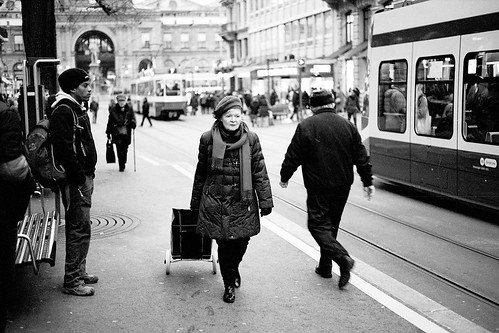 Do you remember when Instagram first came on the scene and everyone was so stoked with making their digital photos look “retro” by boosting and saturating the colors, contrast, and more? They may not have realized it, but they were trying to make their digital photos look more “film like”. Photos are more interesting to look at when the colors and contrast are rich and bold. 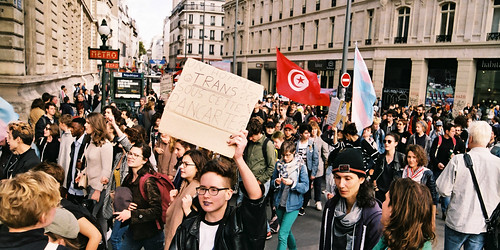 Since film is more detailed, you’ll notice that 35mm film (and larger formats) do a pretty good job of handling low light situations.  Sure, you’ll still get some film grain, but it’s a bit less harsh than grain on a photo taken by a digital camera with an equivalent sensor. 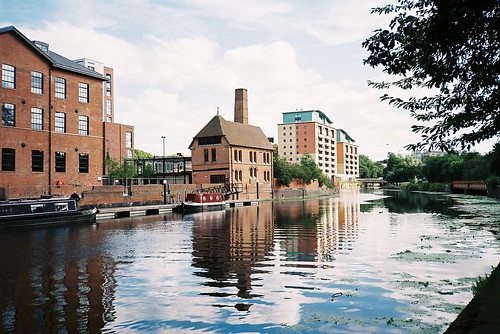 Film is physical and will last longer than most hard drives

I keep my film rolls and old photographs in a safe.  In 50 years, those same photos will still be there, given that the safe works as well as I expected. Now, what would happen if your hard drive crashed or stalled on you?  Would you be able to retrieve those photos you took?

Prints get a “wow” reaction when shown vs digital photos on a screen. What’s the point of going through all that trouble of taking a photograph, only for it to get lost in the sea of pics on your phone? Print it, hang it, and show it off! 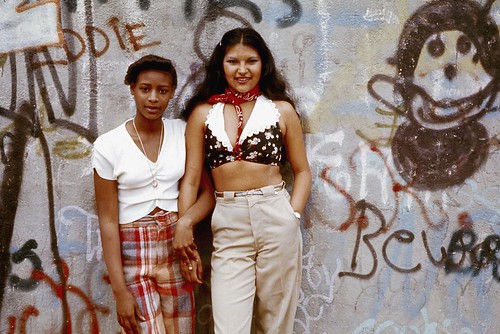 I’m not saying film is better than digital. Each has their strengths and weaknesses. I mainly shoot digital because it’s more time efficient during commercial photo shoots than shooting on film. But if I wanted to take a photograph that resembled art, and I didn’t have a deadline to deal with, I’m leaning towards film.

If you’re still not convinced with resurrecting your old film camera, take a look at some medium or large format photography and let’s talk about the details in THAT! As with anything that’s art related, there’s no right or wrong way to do it. It’s all about perception and presentation in the end. So get out there and take some pictures!